Perfoming Live (Get Your TIckets!) 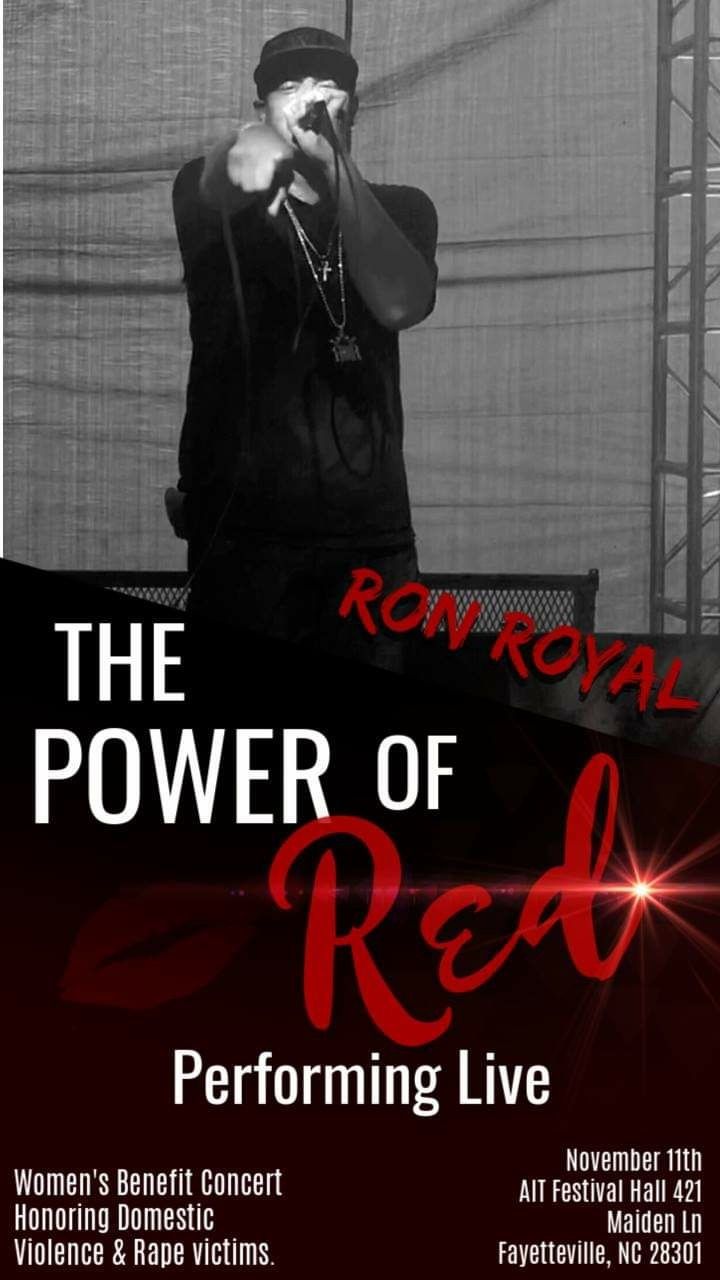 The Power Of Red/ Ron Royal comes to Fayetteville 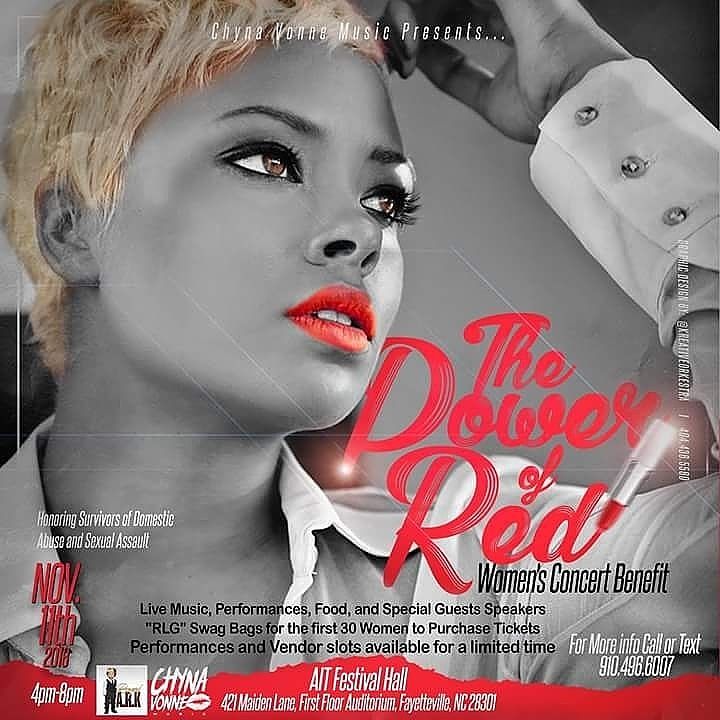 Domestic violence is the leading cause of injury to women—more than car accidents, muggings, and rapes combined

Women are much more likely to be victims of intimate partner violence with 85 percent of domestic abuse victims being women and 15 percent men.

Many women have been held captive by domestic violence — whether through physical abuse, financial abuse, emotional abuse or a combination of all three.

While these statistics are disturbing, they are valid, and we must do something about it immediately!
It’s time we honor our Queens and show them their true worth. Join us November 11th as we do just that. “The Power of Red” Women’s concert benefit is not only about raising awareness and honoring women, but about women coming together as well. With all the adversities we face as women, the last thing we should be doing is battling and breaking down each other.

Come out and join us for a one of a kind evening. This Red Carpet semi-formal event will be filled with love, creativity, food, fun and so much more. There will be live performances from some of NC’s hottest female artists as well as special guest performances from other local acts. Live music, food, vendors, and special guest speakers (TBA). Let’s honor our Queens the right way and take a step on making a change.

50% of all proceeds will be donated to Zeta sigma Phi Inc.

Tickets on sale now!! This is an event you do not want to miss!! 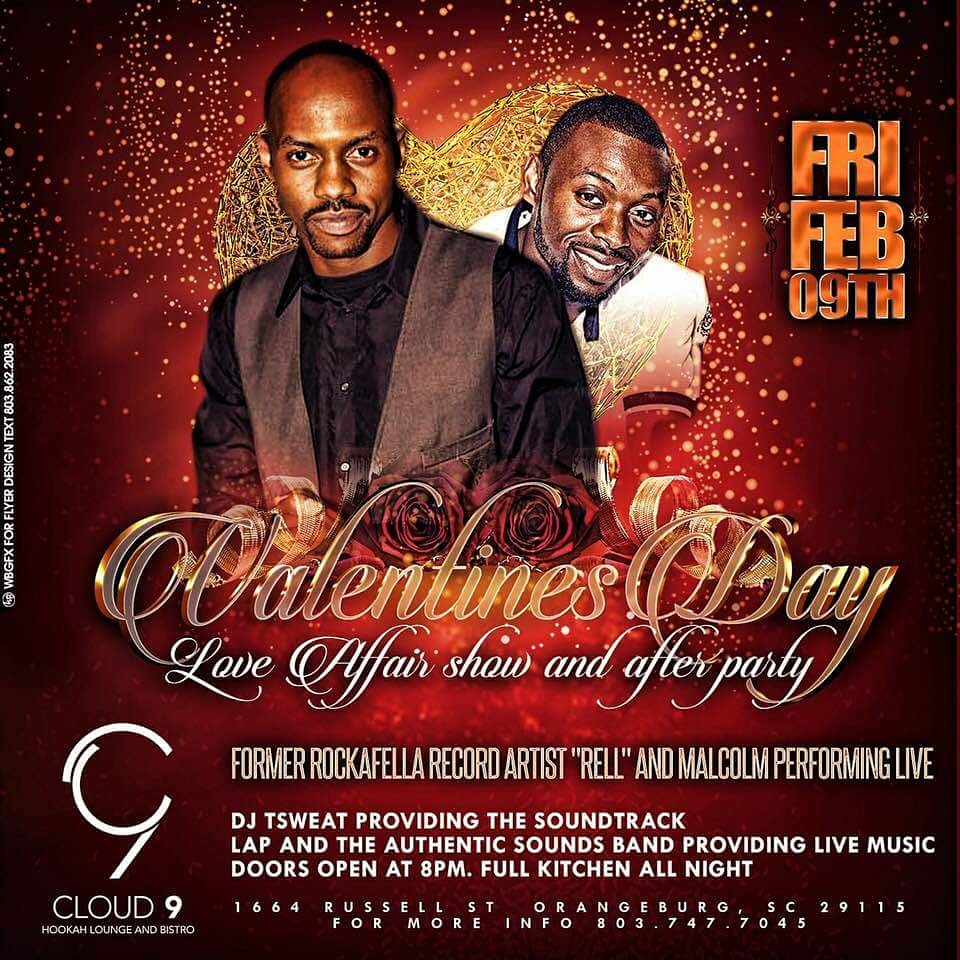 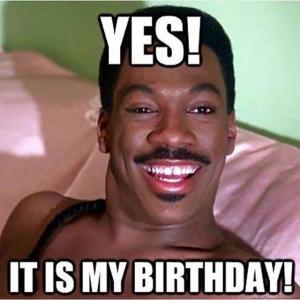 Yep, It's my birthday
Today you can download In The Meantime....for $1.00
or you can Purchase the physical cd and download for $5.00

Got Caught in the Storm...

Got caught in the storm last night, and it was fun!
In case you missed it last night I was able to jump back on Thunderstorm radio last night for their Birthday show and we had a blast chopping it up about music, the culture, history and just random things.  In case you missed it you know I always try to look out and keep you all in the loop of what's happening with me, so catch up on Thunderstorm Radio and shout out to GQ_4Eva for having me and showing love, Happy Birthday to Thunderstorm Media and congratulations on making it a year and I hope you guys have many more years of growth and success!
It's Royal Baby!

Click The Image Above to Listen Live,
Ron Royal calls in around 9:30pm 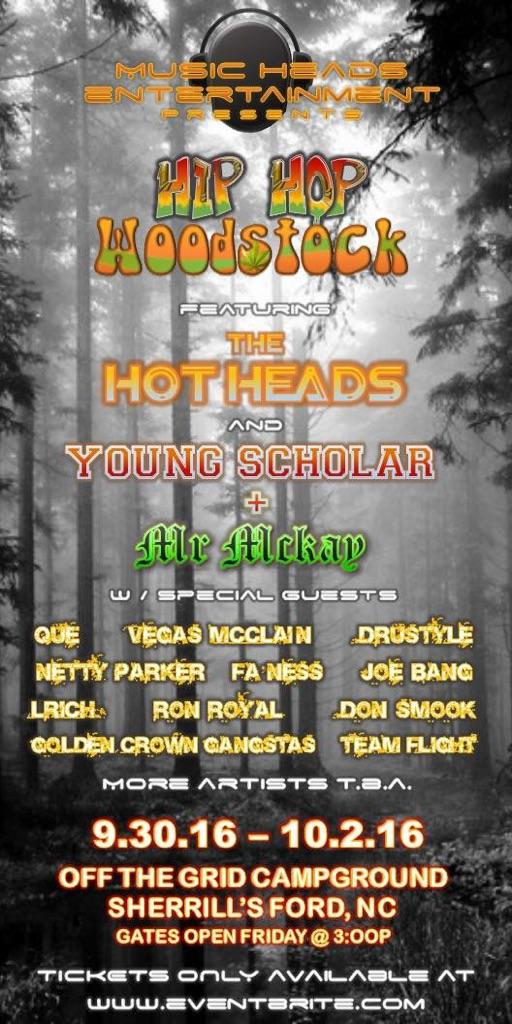 Coming Live to the Sunshine State! 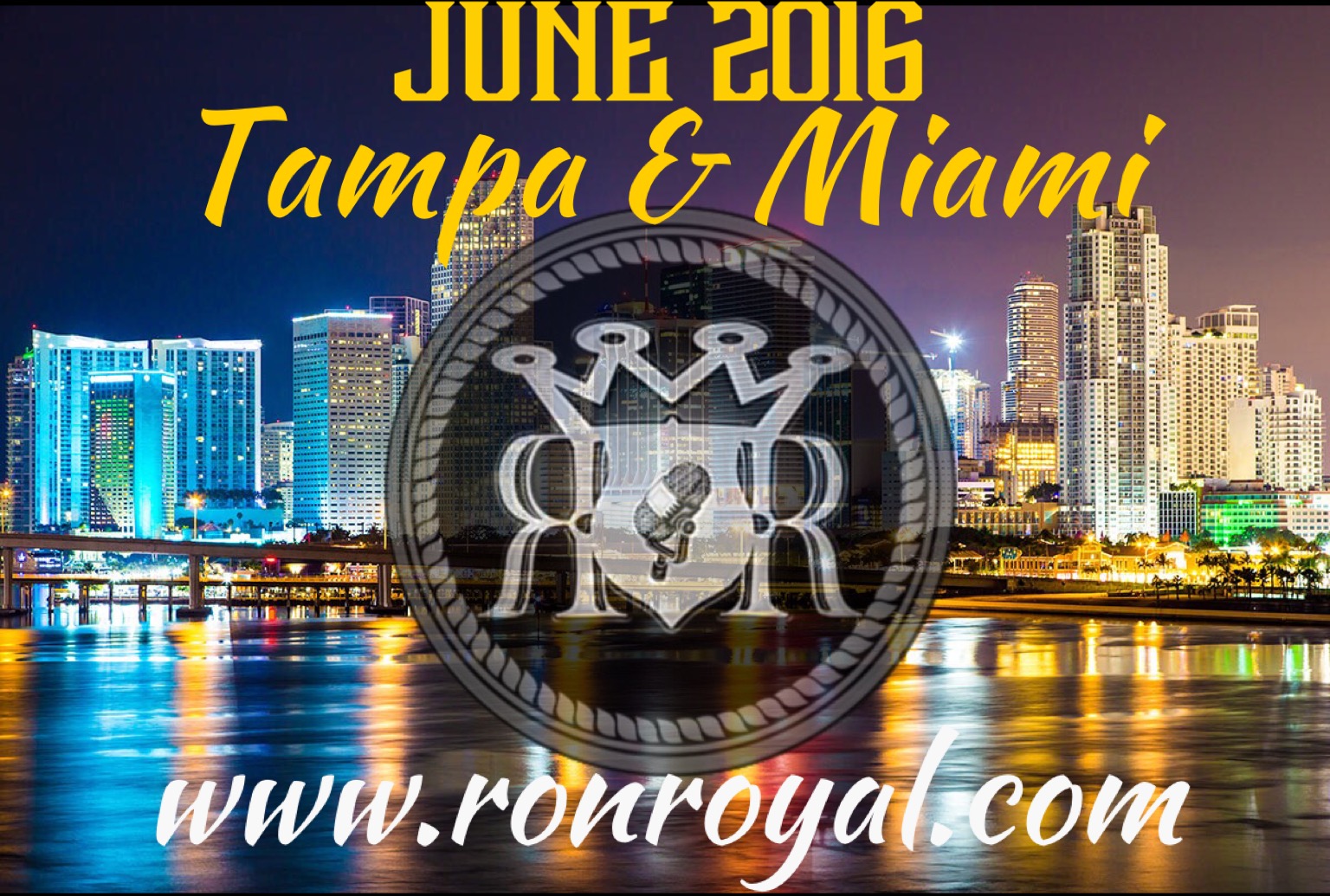 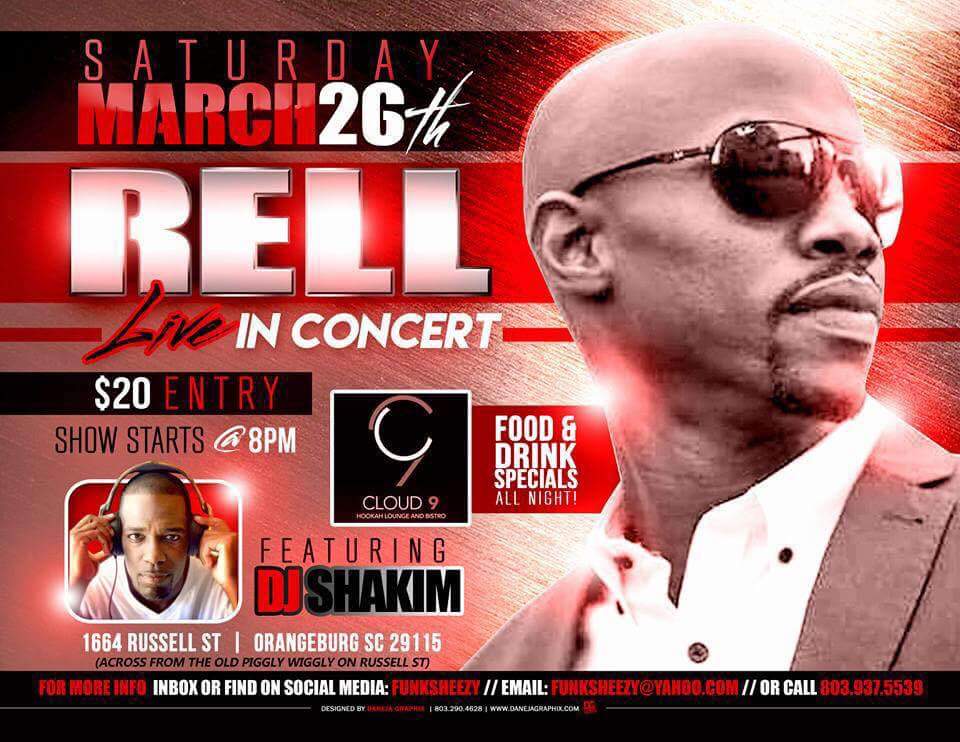 His collaboration list reads like a who's who of the industry, Jay-Z, Beanie Sigel, Usher, Dr. Dre, Jim Jones, Musiq Soulchild, and as of recently even our own Ron Royal.
South Carolina's own Rell will be in concert live on March 26th at Cloud 9 Hookah Lounge & Bistro in Orangeburg SC along with the Legendary DJ South Carolinas own DJ Shakim (Superfriends, Heavy Hitters, Tour DJ for Bow Wow & New Edition)
Come out and rediscover what Real R&B and Soul Music is all about!!!
0:00/???
Subscribe with iTunes RSS feed Download 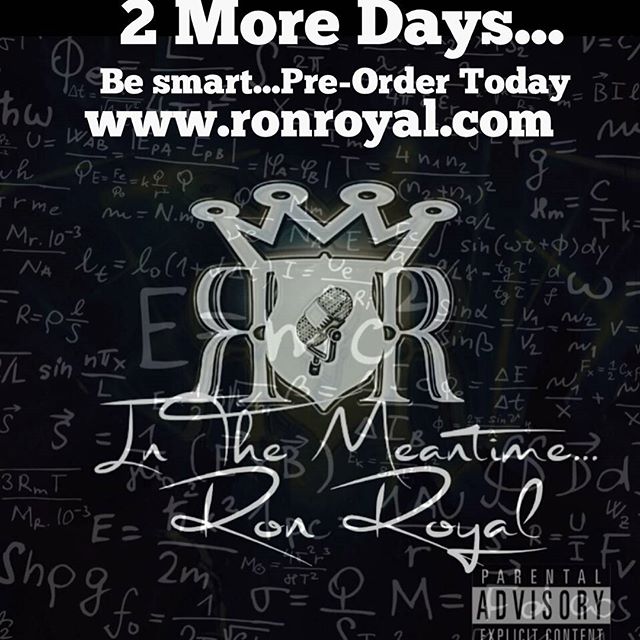 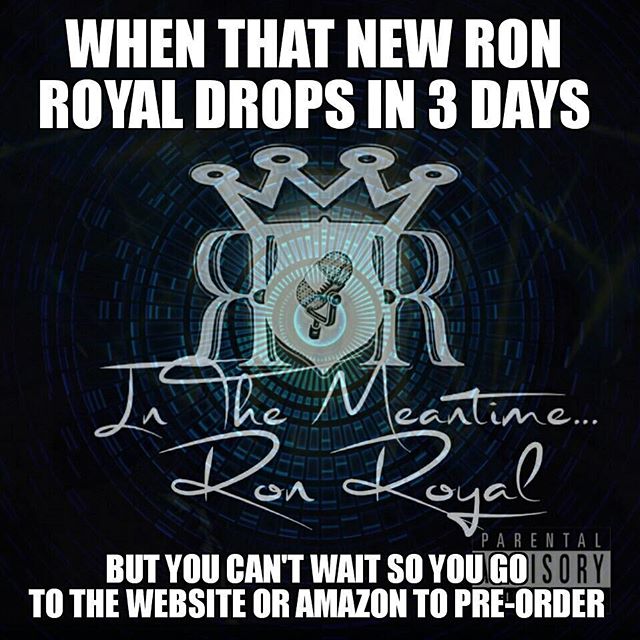 Pre_Order NOW on Amazon.com and in the music section here on ronroyal.com 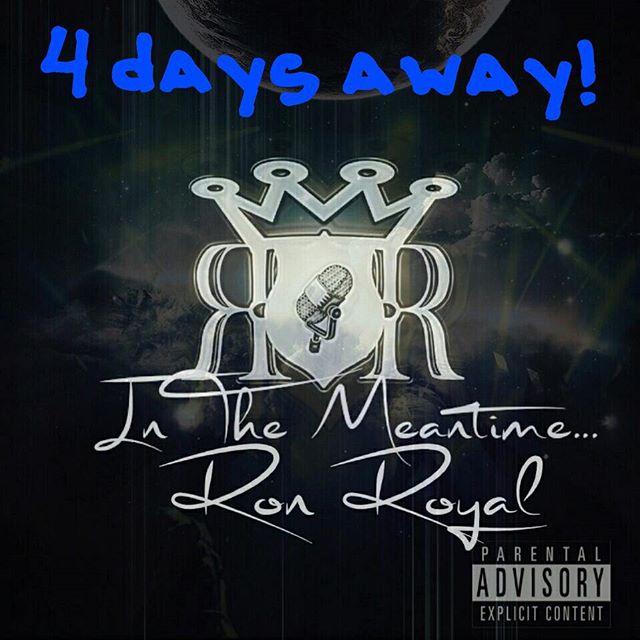 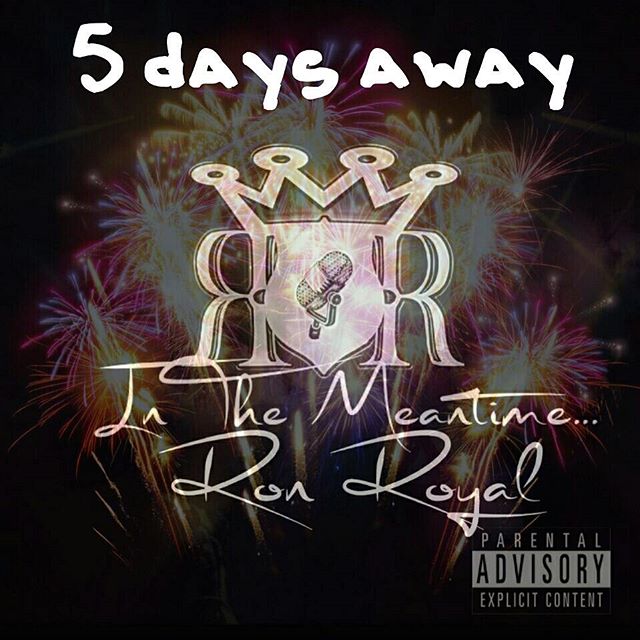 In The Meantime… Cover Art 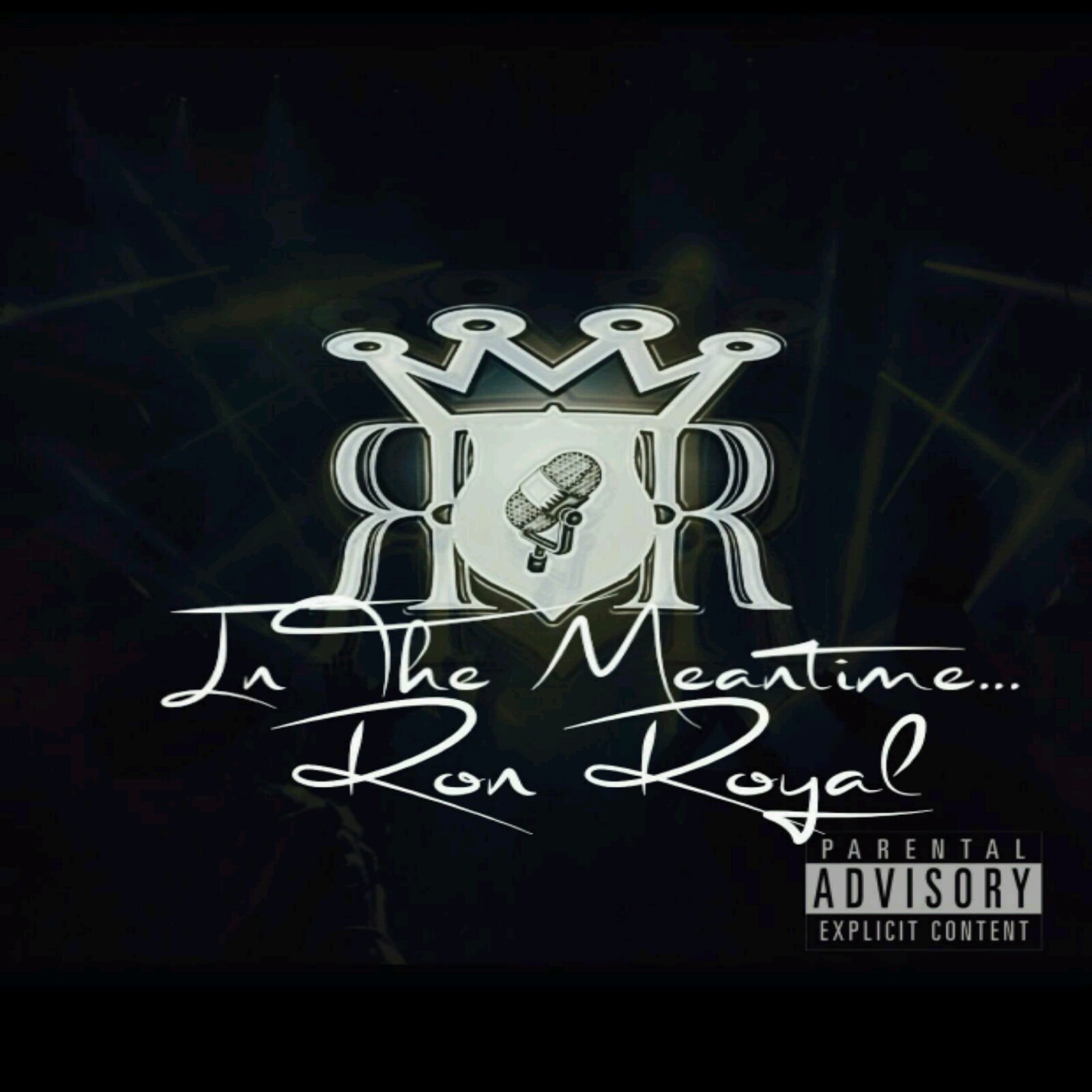 As we draw closer to the release of Ron Royal - "In The Meantime" looking to debut at the top of 2016, Coast To Coast Mixtapes, has in the meantime, released their NEXT UP vol. 315 featuring the single "Down" from the "In The Meantime" release, just in time for the holiday season. Be sure to download and support.  Click on the image below to download 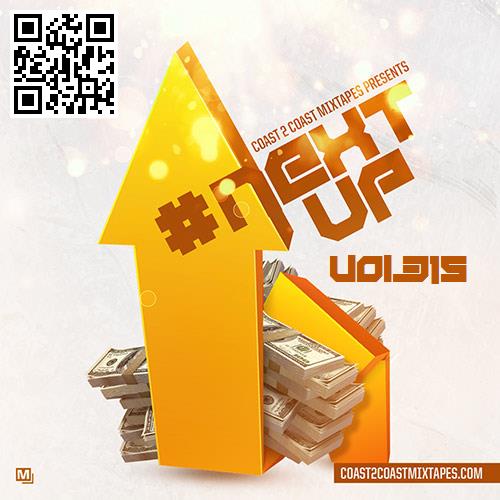 Ask Me If I Care featuring Pennie & Rell 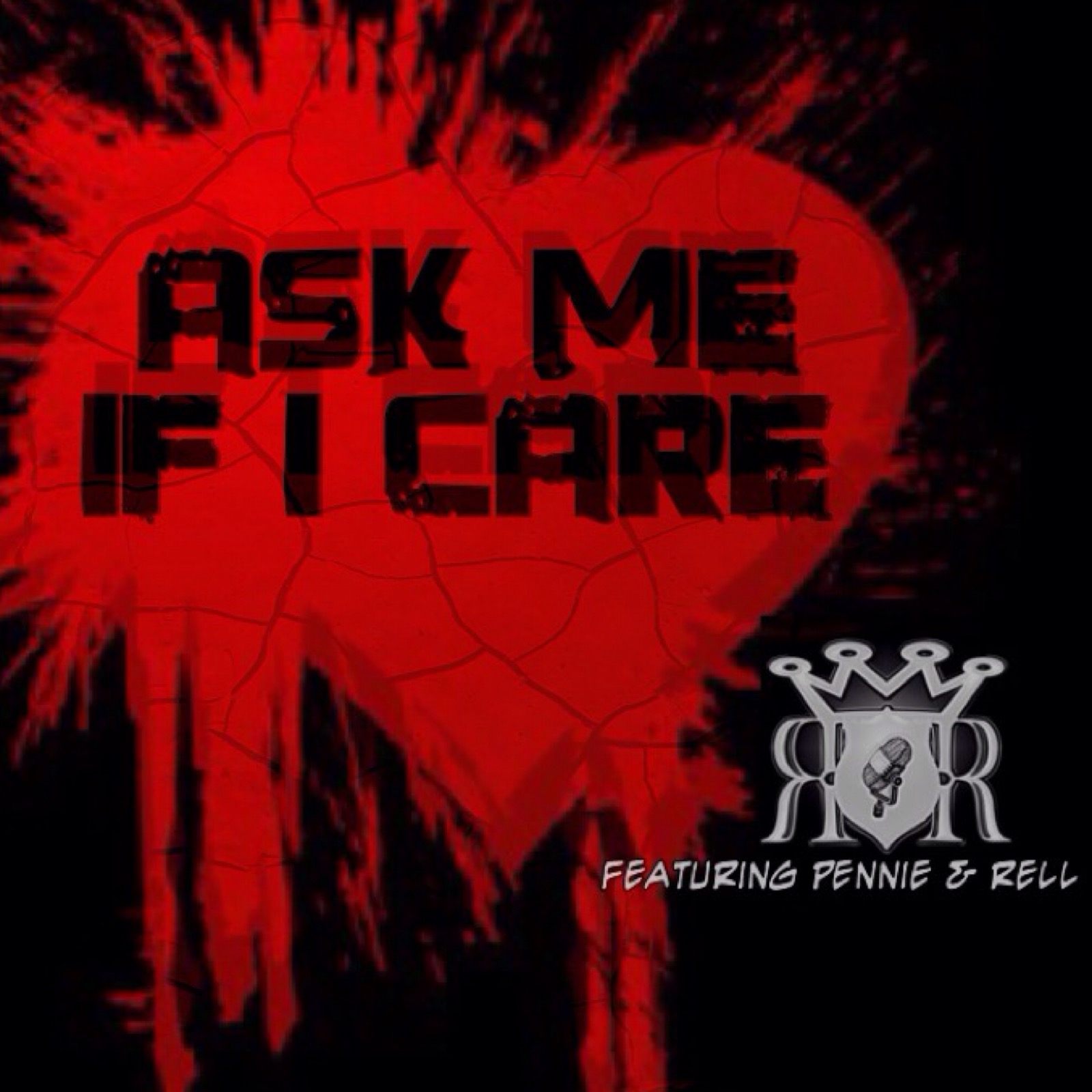 New single from Ron Royal and produced by KUL "Ask Me If I Care" featuring Pennie & Rell,  is coming soon to all digital retailers and available now for download and streaming here on ronroyal.com.  Check it out!

Catch "No Return" the hot motivational single from Ron Royal featured (NOT ONCE BUT TWICE) on Vol. 3 of Coast 2 Coast DJ's Presents "Hottest n The State of South Carolina" Mixtape.
(Click on image to download Mixtape) 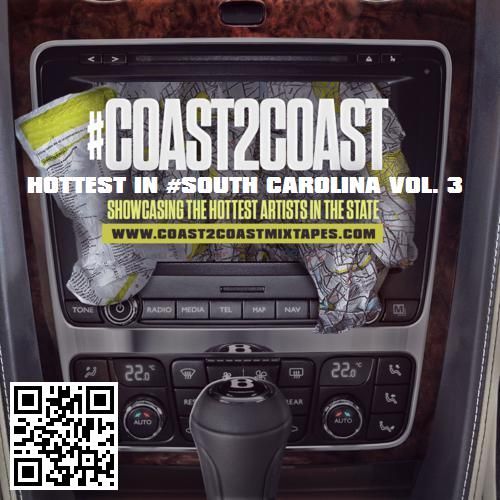 Be sure to download and support my brother and Team $O$ member Red Clay as his debut album "Born To Die…Ready To Live drops everywhere on TODAY!!!  May 26th 2015.  iTunes, Amazon, Google Play, and all other digital retailers. Check him out at www.redclaylhe.com Featuring production from Ben Ten, Coke On The Beat, DJ Drop, and features from Starboy, Rell, Semaj The Artist and more... 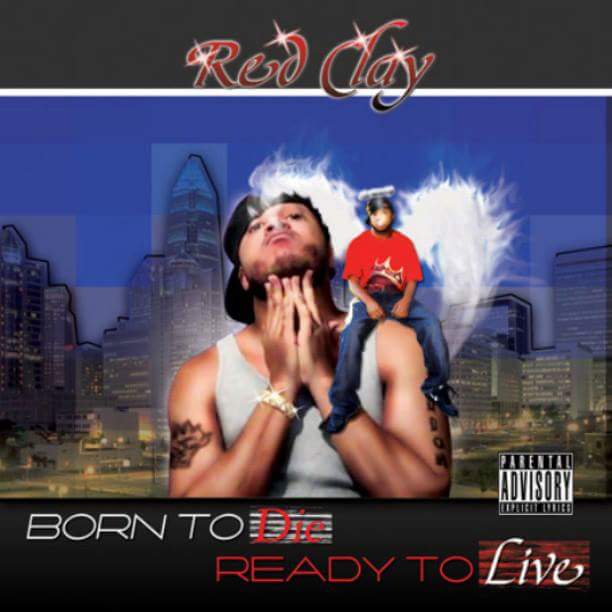